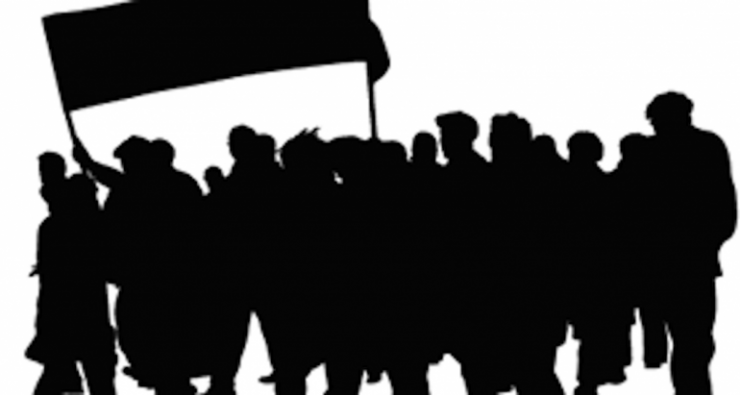 There are a lot of facts about union strikes that people do not know.

While union organizers like to downplay the possibility of a strike, the fact is a strike is a union’s only real weapon.  In fact, as this union strike manual states very clearly:

“A union’s bargaining power depends upon three main elements: the right to strike, the ability to strike effectively, and the company’s ability to withstand a strike. A strike should not be under-taken lightly, for the strike is the ultimate economic weapon—and it can backfire.” Source: Teamsters Strike Manual, page 1


The following are some facts you may want to know about union-called strikes:

If a union calls you out on strike…

Note: in 46 out of 50 states, economic strikers are typically not eligible for unemployment. In those states that do provide unemployment compensation for strikers, it is usually paid after seven weeks on strike.

Did you know that while you strike, the union bosses who may have convinced you to strike are very likley still receiving their full salaries? 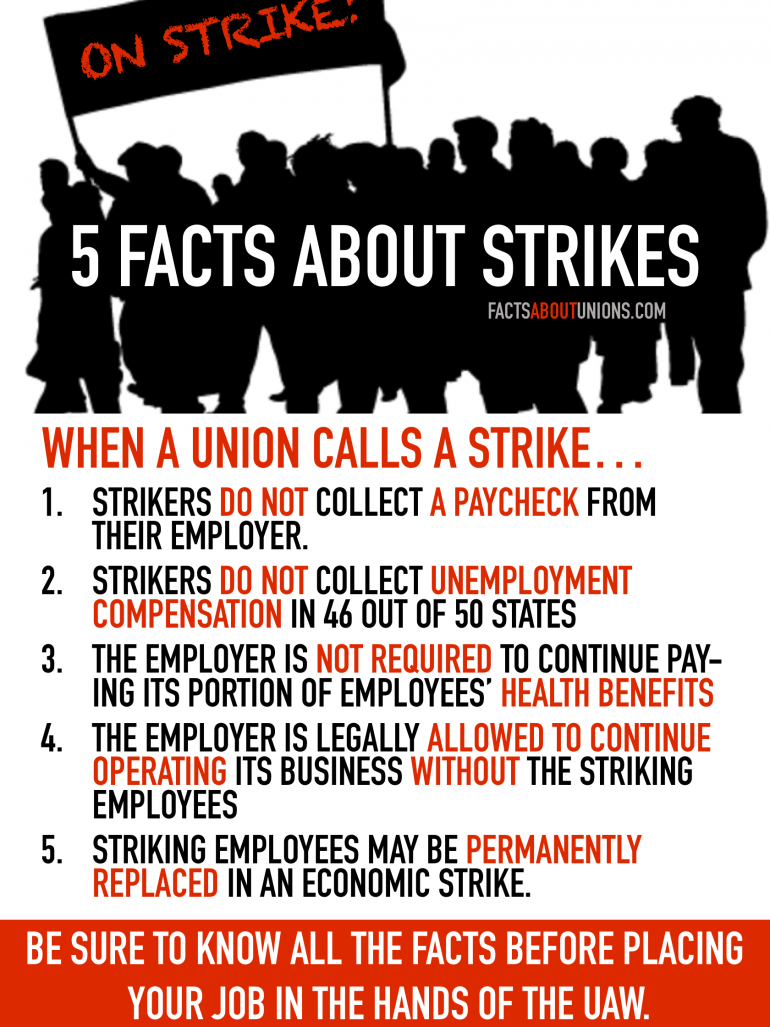