Unions frequently go to employees’ homes. Here’s what to expect.

When a union organizer comes to your door, it is like any other salesperson coming to your house with something to sell you.

In this case, however, it is the union that the organizer is trying to sell you.

The union home visit is effective on unsuspecting workers because union organizers use pretty much the same script or “RAP” (one union’s actual term for a home-visit conversation) for every union home visit.


The RAP manipulates the kindness of working people and exploits the concerns we all have about our jobs. For example, the typical opening line after you open your door is:

“There are some issues going on at your workplace and I’d like to come in and discuss the changes other employees are looking to make.”

These are just a couple of examples of what union organizers commonly use to get in your front door.  The act of you letting them into your home increases the union organizer’s ability to convince you to sign a union authorization card. Why?


Because the organizer knows you’ll want to get him or her out of your house as quickly as possible and the easiest way to do that is for you to do what they ask—–turn your rights over to the union by signing an authorization card.

Several internal union studies have shown that getting in the door raises the chance of getting a card signed drastically.

A union organizer cannot accept “no” as an answer to signing a card.

Remember, unionizing you is an organizer’s almost entire job. They won’t have a job long if they don’t get signed union authorization cards.

Union organizer’s may answer some of your basic questions/concerns:

After vaguely and misleadingly answering a couple of your questions, all union organizers must begin to agitate around issues. If they can’t upset you, and keep you upset, they can’t keep a campaign on their calendar. You’re likely to hear:

This last part of the RAP usually comes last after they’ve figured out you’re going to talk to them, either to get rid of them or because they have upset you. They need to get to work building their database and getting an accurate layout of the work site. They also need any other names and positions you’ll give them.

Finally, they need you to “buy-in” to the process. They’ll cover these issues with:

Depending on your answers, this will probably end the home visit.

They may or may not bother you again whether or not you signed a card.

They’ll travel on to the next co-worker and start all over again.

They will more than likely leave you with one of the most misleading statements made by all unions: “YOU are the union.” 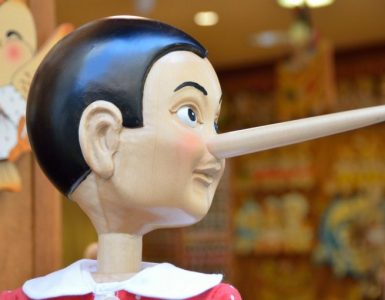 Can A Union Lie To Workers?

Question: During a union campaign, can union organizers lie to or mislead workers into unionizing? Answer: The short answer is ‘Yes.’ While it often comes as a shock to many workers, unions are legally allowed to mislead—and even...